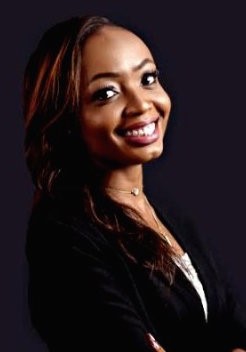 The East African region is witnessing a change in momentum post 2016, where more East Africa based pension funds have begun to put money in local GPs, Eva Warigia, Executive Director of EAVCA, has said.

The East African region is witnessing a change in momentum post 2016, where more East Africa based pension funds have begun to put money in local GPs, Eva Warigia, Executive Director of EAVCA, has said.

“There has been a sluggish uptake in private equity investment from local LPs, owing to unfamiliarity of the asset. [However], more local investors are warming up to PE as an asset class,” she said.

A 2015 amendment to the Retirement Benefit Authority of Kenya’s regulation saw an allocation of up to 10% of a fund’s assets under management allowed for direct investment by the country’s pension funds into private equity as a distinct asset class.

In Tanzania, a similar regulation allows for up to 5% investment.

“Kenya has seen the most significant shift in pension funds' uptake to private equity, with over five pension funds having committed to invest in different GPs. NSSF Tanzania has also expressed interest in investing in local GPs,” she added.

“From our survey in 2017, the bulk of funds raised for East Africa are sourced from development finance institutions, with 9 respondents out of 28. This is however a decrease from the previous survey where 13 respondents cited DFIs as primary source of funds. The region has grown in its fundraising mix to include endowment funds, insurance and pension funds,” said Warigia.

Commenting further on capital allocation by pension funds, Warigia said: “We are yet to have direct investment into an East Africa focused fund by international pension funds. The region is still considered small relative to what pension funds in America and Europe would consider.”

According to the findings, 75% of respondents citied Europe as their main source of funds - this is a 25% increase compared to the 50% in the 2014 survey.

“From our survey, most funds raised for East Africa were sourced in Europe and North America. This attributed to the financial maturity of LPs in this markets, their knowledge of, and appetite for private equity, which is still very nascent in the local market,” Warigia said.

She confirmed that the fundraising experience has been consistent to other markets in Africa.

“For fund managers coming out of their fund I, there is an more demand on them to show track record of solid returns on their inaugural funds to appeal the LPs,” she said.

“As the region gains momentum as an investment destination, we are seeing the growth of funds targeting East Africa, which could increase the competitive landscape for other players in chasing the same capital.”

Warigia thinks that investors looking at Africa are strongly optimistic about East Africa.

“As a net oil importer and less reliant on commodity export for economic growth, the region has managed to survive the turbulence witnessed in other sections of Africa, and to report the strongest GDP growth. Further, some of the named fastest growing countries in Africa have come from East Africa: Tanzania, Ethiopia, Rwanda and Kenya.”

“EAVCA continues to work in partnership with local regulators to provide investor education which will help demystify the asset and encourage local participation in PE investment,” she concluded.

More in this category: Hotel real estate assets are catching the eye of African pension funds »
back to top