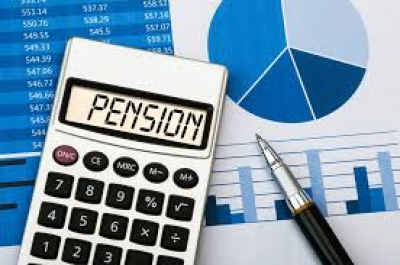 An alliance between South Africa’s ruling party and labour unions is pushing for the mobilization of domestic pension funds to drive economic growth and urging caution about borrowing money from international financial institutions.

A discussion document dated 25 May, prepared for meetings of the alliance members, cited the use of so-called prescribed assets during the apartheid era to fund infrastructure.

South Africa has been ruled by the African National Congress, which is in an informal alliance with the Congress of South African Trade Unions and the South African Communist Party, since white-minority rule ended in 1994.

Attempts to fuel growth “must include a large drive toward domestic resource mobilization from both the public and private sectors,” according to the document seen by Bloomberg and verified by Cosatu.

Measures taken must include “among others, impact investments, interchangeably developmental and productive-asset investment requirements,” it said.

The alliance encouraged the use of both privately managed pensions and civil-servant retirement funds administered by the state-owned Public Investment Corp.

South Africa’s economy is forecast by the country’s central bank to contract 7% this year as a result of the coronavirus outbreak and the loss of the last investment-grade rating on the nation’s debt.

While South Africa has shunned the use of funds from institutions such as the International Monetary Fund in the democratic era, labour groups have now backed the government’s approach to the lender to seek $4.2 billion from its Covid-19 relief facility.

“International finance should therefore only be accepted if the conditions do not undermine, compromise or subvert South Africa’s national sovereignty, democracy or independence,” the document said.

It should “neither interfere with our domestic development policies and goals nor our fundamental right to self-determination,” it said.

More in this category: « GIPF to consult PG on lost money Mauritius Finance Minister states that NPF beneficiaries will still receive their due »
back to top