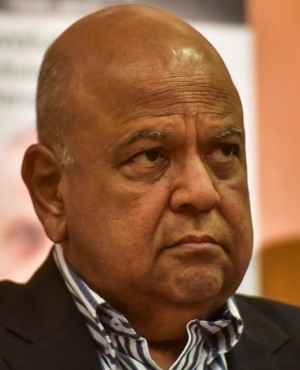 Johannesburg - Former finance minister Pravin Gordhan and economist Iraj Abedian threw down the gauntlet at the auditing industry on Wednesday evening, accusing it of looking the other way while their clients looted resources.

Both said the relationship between auditor and businesses often becomes too cosy, facilitating abuses.

Abedian and Gordhan were part of a panel at a public debate at Wits University in Johannesburg, which also included Nonkululeko Gobodo, one of the founders of auditing and accounting firm SizweNtsalubaGobodo. The debate centered around what ultimately led to KPMG’s downfall.

In a media statement on Tuesday SNG, the fifth largest accounting firm in southern Africa, said its board had taken a decision to resign as the auditors of Oakbay Resources and Energy Limited and its related entities.

SNG took over as Oakbay’s auditors in April 2016, the month after KPMG SA resigned. They are also the auditors for state power utility Eskom.

Gordhan said in the light of the KPMG revelations, auditors have to ask hard questions about how they are doing business.

“Professional bodies need to take a tough look at their actions especially with the ethics gap growing. This is what causes the casualties. The professional codes are beautifully written. The question is, does the conduct follow that?”

He questioned the whereabouts of the auditors of state-owned enterprises when the entities went through state capture.

“State capture is about national resource capture and the appropriation of money through money laundering and racketeering where professionals assist‚ aid and abet,” he said.

Gordhan lashed out at auditors who dance to the tune of clients who wanted a certain outcome with a report, referencing KPMG’s SARS "rogue unit" report.

“What does it mean if the terms of forensic auditing are changed,” he asked. ”Twice on one report assignment? And specific names are included so that the auditors can find evidence so that they can be prosecuted? Does this mean that according to the code of conduct you are objective‚ acting with integrity and being professional?”

Gordhan said state capture, as it is called today is a known factor, but yet the relationship continues. “It is as if the circumstances are telling us the code of conduct is just being ignored,” he said.

He also warned that state capture had dire consequences for the poor, citing the latest World Economic Forum (WEF) competitiveness report that was released on Wednesday. According to the report South Africa had slipped 14 places in the index due to corruption, crime and government instability among other things.

South Africa also dropped from number one to number 30 in the WEF rankings of the quality of auditing and reporting standards in the index, and its institutional environmental ranking had plummeted 36 places to 76.

“In previous years we had the best auditing system, our finance systems were lauded. And now look at us. We were number one in terms of audit capacity. Now we are 30. The dropped ratings show that business perceptions in South Africa is not well. Is this the price we are willing to pay?"

He said the WEF index indicated that businesses are wary of South Africa. This had consequences for investments, and ultimately job creation. The consequences are quite serious in a broader context, Gordhan said.

“Does the facilitating of the disappearance of billions of rands act in the public interest?” he asked. “And if not what should the repercussions be?"

Gordhan also said one of debates raging in the sector currently is whether it was beneficial to rotate auditors. He said that firms often argue that if auditors are rotated they lose the familiarity they have gained with complex business over the years, and that the auditing quality suffers as a result.

“But instead of providing assurance, some professionals become associates of the business because of that familiarity,” Gordhan warned. “They become partners in the scheme that people come up with.”

The keepers of money

While connecting the dots around the lack of governance around state-owned enterprises, those who sit on boards of insurance companies‚ banks and investment companies and are overseeing the actions of these SOEs, must be held accountable.

He said chartered accountants who signed off on money going out of the kitty, were complicit in the abuses.

Abedian also singled out  McKinsey’s business with state-owned entities as "nothing but bribes and a theft of resources".

“Our national resources are being feasted on and I am deeply worried that our pensions‚ like our taxes and our public enterprises which are all interconnected‚ are not in good hands.”

Both Gordhan and Abedian questioned whether the auditors’ code of conduct was enough to guard against abuses.

Gobodo, who has resigned from SizweNtsalubaGobodo, said she was confident that the frameworks were there and that those that have breached those frameworks will be held to account. “I suppose you can have the best frameworks, but you cannot forget human nature. Human nature gets in the way.”

Gobodo didn’t want to be drawn into the rationality of accepting Oakbay as a client, merely saying that the firm believed they were confident about their inner processes in handling Oakbay.

SizweNtsalubaGobodo also audits several state-owned companies including Eskom and Gobodo said the firm was constantly reviewing its auditing processes to adapt to the needs of state-owned entities.

KPMG International meanwhile announced last Friday that a new, independent investigation has been launched into the work the company did for the Guptas and on the SARS report.

More in this category: « Fund Management - Exchange-traded funds are enjoying a surge in popularity Ismail Momoniat calls for law on unclaimed pensions »
back to top