It was another busy year for Pension Funds Adjudicator 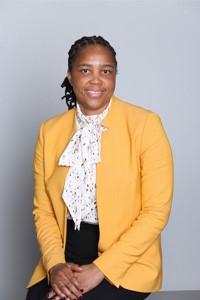 Pretoria: The 2016/17 financial year was again a busy period for the Office of the Pension Funds Adjudicator (OPFA) with an average of 625 complaints being received each month, according to the pension industry regulator’s annual report.

However, with streamlined systems in place, the OPFA has been able to finalise matters expeditiously, with 75% of the determinations being handed down within six months of the complaints being received.

Pension Funds Adjudicator Muvhango Lukhaimane reported that while 1 717 complaints were carried over from the 2015/16 financial year, 7 501 new complaints were received during the reporting period. This was a 22.41% reduction from the previous year.

However, this was not a reflection on the public’s confidence in the effectiveness of the OPFA, she said.

The reduction was attributed to the OPFA coming down heavily on tracing agents.

“During late 2015/16, the OPFA decided to exclude incomplete complaints lodged with the office by tracing agents that were charging mostly former members of retirement funds, in the hope that there would be unclaimed benefits for them.

“The OPFA regarded this as a misleading exercise and the tracing agents involved were warned to desist from this practice or face prosecution for carrying on businesses under false pretense as the complaints lodged in this manner mostly had insufficient information for the OPFA to investigate further.

Ms Lukhaimane said increased communication about the existence of the OPFA and its mandate also assisted with eliminating unscrupulous practices of these tracing agents.

This illustrated that the investment in technology was increasingly making the office accessible.

Ms Lukhaimane said 7 138 complaints were finalised during the year in review, compared to 8 461 the previous year. This represented a reduction of 15.6%.

She said 3 309 determinations were handed down, 1 466 matters settled, with 2 079 matters being deemed out of the jurisdiction of the OPFA.

Ms Lukhaimane said the rapid turnaround times in finalising complaints would improve in the next financial year as the OPFA’s investigative processes improved.

“The biggest stumbling block remains the fact that over 80% of responses from retirement funds are only received between two and three months of the request for such a response being made.

“A case in point is the response lodged on behalf of the Municipal Employees Pension Fund that led to the OPFA issuing a determination requesting that the Registrar looks into the suitability of the fund’s Principal Officer to hold office.

“Such pronouncements are regrettable. They are, however, forced upon the OPFA by the sheer disdain with which retirement fund members are treated.”

She said the change of administrators at the Private Security Sector Provident Fund (PSSPF) from Absa Consultants and Actuaries (Pty) Ltd to Salt Employee Benefits (Pty) Ltd (Salt) also caused significant delays as Salt now has to deal with two funds that are responsible for a high volume of complaints i.e. PSSPF and Road Freight and Logistics Industry Provident Fund.

“It was clear that Salt underestimated the capacity required to deal with the complaints and this caused a massive backlog of outstanding responses in the period to January 2017.

“Despite these challenges, the OPFA was still able to improve on its turnaround times whilst also improving the quality of correspondence to parties and determinations handed down.”

ABOUT THE PENSION FUNDS ADJUDICATOR

The Office of the Pension Funds Adjudicator (OPFA) is a statutory body established to resolve disputes in a procedurally fair, economical and expeditious manner. The adjudicator's office investigates and determines complaints of abuse of power, maladministration, disputes of fact or law and employer dereliction of duty in respect of pension funds. The OPFA is situated in Pretoria, Gauteng.

More in this category: « Ismail Momoniat calls for law on unclaimed pensions Key trends shaping the employee benefits landscape in 2017 »
back to top